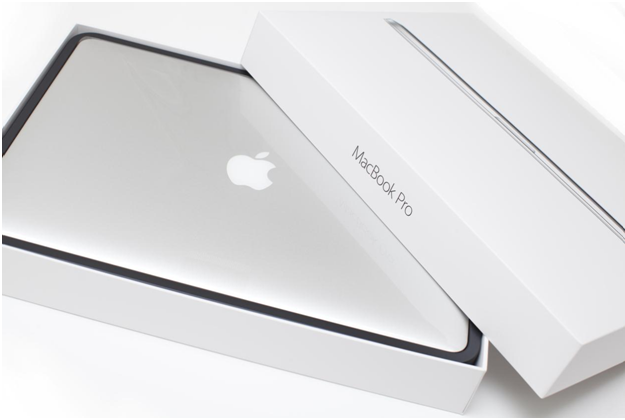 The MacBook Pro debuted in January of 2006 as the new high-end model of the MacBook family. Carrying over the sleek, aluminum design of the Powerbook G4, which was Apple’s first foray into a sort of functional sci-fi aesthetic, the Pro added a webcam and MagSafe power connector to cement the company’s transition from PC giant into the lifestyle-tech juggernaut that it is today. But that was only the MacBook Pro’s first iteration.

As with everything Apple, each MacBook Pro is subject to a systematic evolution based on continual refinement, so that by 2008 a new model had been introduced that had a casing made from a single piece of tooled aluminum, with a thinner display and a trackpad that acted as a clickable button. This final improvement was a characteristic Apple innovation, streamlining two devices -- the trackpad and the mouse -- by combining and simplifying each. It also came with a redesigned keyboard that featured flat black keys with rounded edges, both better-looking and less clunky than the 2006 model. Later updates introduced Intel’s Thunderbolt technology, a port system that allows the connection of external peripherals to the device by means of a multiplex—basically a freeway for data signals that allows multiple “lanes” of data to operate at once.

This generation of Apple MacBook Pro also introduced the Retina display, which has a higher pixel density than traditional Apple displays, resulting in a crisp, print-like image that can imitate curves and sharp edges. They manage this by basically smashing as many pixels as possible into small screen space, resulting in a measure of pixels-per-inch (PPI) that is greater than the human eye is able to process, resulting in the illusion of a depixelated page onscreen, but in reality, the screen’s simply performing at a resolution higher than what human beings are able to see. There are other ration concerns in play (nothing can ever be that simple), which stipulate each pixel’s distance from one another, because too many pixels bunched too densely results in poor image quality, but the basic principle behind the Retina display remains the same: simply raise the resolution above what the human eye can process, and you’re golden.

At Mac of All Trades, we sell Apple Refurbished MacBook Pros that have all the features of the latest models at a much more affordable price. Mac of All Trades is your source for buying Apple Refurbished MacBook Pros. Whether buying one machine or hundreds, our mission is to provide you with the best customer experience possible. We refurbish MacBook Pros in-house in order to reduce costs while boosting functionality. We use a 40-point refurbishment process to make sure that all hardware components are thoroughly tested, and that each machine is properly cleaned and labeled with its specifications. The Apple equipment we acquire tends to come from office environments and requires little refurbishment beyond cleaning, testing, and a bit of reconfiguration. Also, with all our items we offer a complimentary hardware warranty.

Contact us today to purchase an Apple Refurbished MacBook Pro.