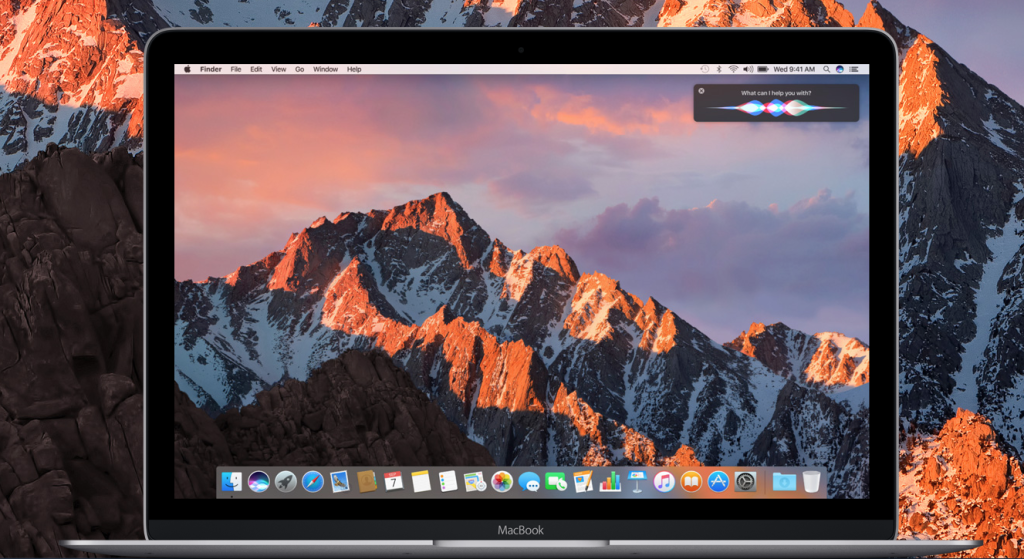 Is your Mac too old? No problem, you can sell your old Mac with us on Mac Me An Offer and then purchase a newer Mac for a great deal.

Now let’s talk about the new features you’ll be able to enjoy after the upgrade.

Siri has finally made it’s way onto desktop with macOS Sierra. This will function very similar to the Siri you know on your iPhone, except with more features. For example, you can now find files on your Mac by just asking Siri. In addition, it integrates with other Apple apps which will now make sending an email or uploading an image easier than ever.

More and more ecommerce sites are providing Apple Pay as a checkout option. Now with macOS Sierra you can use Apple Pay when provided in a few easy clicks. For verification purposes, you do still need your Apple Watch or iPhone to authenticate your purchase. However, this is easy as the two integrate together.

New way to unlock your Mac.

There is a new feature called Auto Unlock and when your Mac senses your Apple Watch within distance it will instantly log you in. Say goodbye to typing in long passwords.

You can now access saved files on one desktop with another Mac or iOS device with iCloud Drive. Locating and sharing your files has never been simpler.

New optimized storage keeps older files in the cloud to open up local storage space. It also gets rid of files you will never use again. No more worrying about running out of space!

Watch Videos in a stand-alone window.

With the new picture in picture feature you can pull out a video you’re watching on the web into it’s own stand-alone window. This is helpful when you want to switch to another window but keep watching the video.

Accessible Universal Clipboard for all your Apple products.

Now you can cut or copy something onto your clipboard on your Mac and then access it on your iphone to paste it into a text message or email. The options are endless with the Universal Clipboard.

Every window of Sierra now has built in tabs to keep down screen clutter. Third-party apps can even use this new tab feature.

Apple Photos for Mac is now updated with new features as well. Including a new memories tab that will automatically create custom slideshows of your photos. In addition there will be improved facial recognition, a search based on objects in your photos and a world map to display your photos.

So what are you waiting for? Download the new macOS Sierra update now.