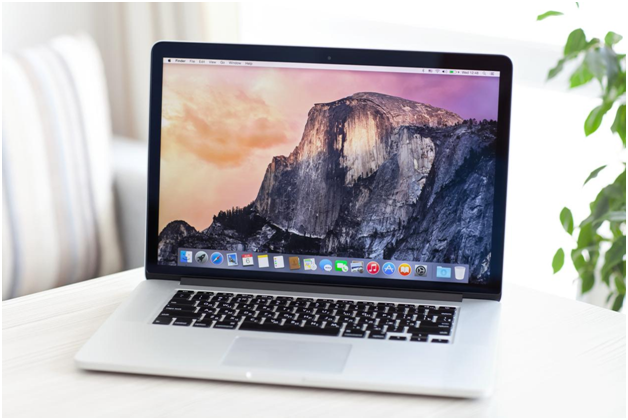 At Mac of All Trades, we sell all types of Mac computers, including iMacs, MacBooks, and the Mac mini and Pro. Each of these products is analyzed using our forty-point proprietary inspection system, which tests the functionality and performance of these products’ every aspect. Since our founding over two decades ago, Mac of All Trades has made it our mission to bring you the best Mac computers at the lowest possible prices. Our products are perfect for the budget-conscious as well as those after a great deal. If you need well-designed, high functioning Apple products at affordable prices, Mac of All Trades is the way to go.

When the iMac debuted in 1998, it transformed the way we thought of personal computers. No longer was the PC a staid instrument for dowdy businessmen or nerdy specialists, now it was cool. Sheathed in its translucent, colored plastic case, the iMac made an argument for the computer as an expression of personal style, a symbol of status disguised as a consumer product. The design of the product, as it developed over the years, has directed the aesthetic of the personal computing world—from plastic color and organic shapes into aluminum unibody and user-friendly sci-fi design. Over the years, Apple has spent an enormous amount of time and energy developing the iMac into an iconic technology. With traits known around the world, the iMac has become the lodestar around which all other PCs orbit. The integration of the solid-state drive into the iMac’s design (mid-2012) allowed the machine to thin out to such a degree that its screen became little more than a sheet of glass and metal upon which the applications danced.

The MacBook arrived on the scene in 2006, replacing the Powerbook G4—a blocky piece of portable computing that seemed to have been gifted human beings by a bureaucratic race of eminently boring cyborgs—with a sleek, bone-white clamshell that operated at four times the speed of the Powerbook. Loaded with all the features needed for business, school, and personal use, the MacBook affected nothing less than a revolution in the world of portable computing. What the iMac achieved in 1998, the MacBook replicated in 2006. With its widescreen glossy display, built-in webcam, stereo speakers, microphone, and trackpad, the MacBook became the laptop of choice for young professionals the world over. From Singapore to South Boston, the MacBook conquered the hearts and minds of all those with whom it came in contact. Over the thirteen years since the MacBook’s debut, Apple has added a variety of connectivity options, including USB and Bluetooth, along with updates to its basic hardware. The advent of the solid-state hard drive ensured the MacBook’s status as the thinnest personal computer around, and the invention of the Retina Display improved its graphical capabilities immensely. The MacBook comes in three models: standard, Air, and Pro. The Air is the most lightweight personal computer around, perfect for the consumer on-the-go, and the Pro is high-end of Apple’s laptop line, great for those who need as much computing power as possible.

The Mac mini was announced in 2005. Touted as the most affordable Mac on the market, the mini was also the smallest, measuring 2 x 6.5 x 6.5 inches, a little smaller than the size of a hardback novel. The mini and the MacBook (released a year later) were much like siblings in terms of their design. Both were exercises in white plastic and organic line. In 2010, the mini transformed. Now enclosed in a thinner unibody aluminum case, the mini upped its processing power with dual-core i5 and quad-core i7 processors. In 2018, when the fourth and latest generation of the Mac mini became available, the powers that be at Apple changed the mini’s design again, using space-gray aluminum to create a computer that resembled something you might find set at the center of a space-ship in the year 3000. This mini included Bluetooth 5, four USB-C ports, and storage of up to two terabytes.

At Mac of All Trades, we have the best Mac computers on the market. Since our founding way back in the nineties (the dark ages, basically!), we have done everything we can to bring you the best deals on Apple products. Our team of experts takes pride in the service and expertise they are able to provide you. Get the process started by calling 800-581-8987, or send an email to customerservice@macofalltrades.com today!