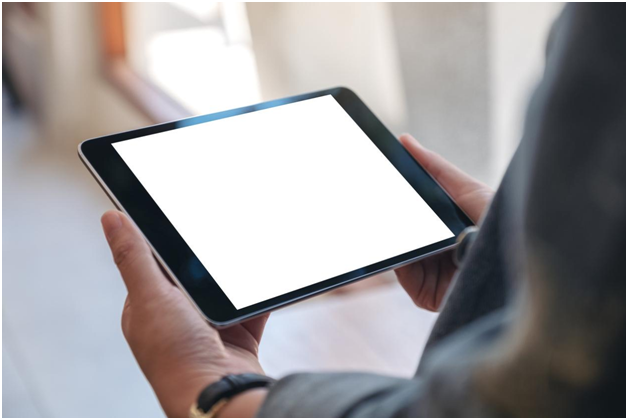 Since debuting in 2010, the iPad has quickly made a name for itself as one of the best tablets around. Perfect for travel by train, car, or plane, the iPad is an incredibly portable device that has become an essential part of our society. An iPad provides the ability to watch movies, play games, surf the web, and so much more. iPads are lightweight, and easy to fit in a bag or backpack. We see them everywhere, from business settings to living rooms across the land. Tablets are used in coffee shops, in design studios, in corporate offices. And, depending on your needs, you can purchase a WiFi-only model, for sedentary use, or a cellular model, perfect for on the go interactions.

Roughly speaking, there are four types of iPads: the iPad, the iPad mini, the iPad Air, and the iPad Pro. At Mac of All Trades, we have refurbished iPads of each kind. The iPad is to Apple’s tablet line what the Macbook is to their laptops: the standard, iconic. Equipped with retina display technology (a means of using high pixel density to affect a crisp, printlike image), the iPad is a machine perfectly suited to high-quality user interaction. It uses a superpowered system-on-a-chip (basically all the components of a computer replicated on a single computer chip) to turbocharged its processing. The iPad features two speakers, as well as a built-in camera. It is available with WiFi only or WiFi and cellular capabilities. The iPad comes with several pre-installed applications—all the usual suspects—including Siri, Safari, Photo Booth, and all the other feathers in Apple’s proverbial cap. Like all devices running Apple’s operating system (iOS), the iPad can sync its data with other Apple products. Though the iPad isn’t designed for use as a cellular phone, owners can use a headset or the built-in speaker to place phone calls over a cellular network. Using a voice recognition software, the iPad can take dictation, though this capability is WiFi-enabled. There are currently seven generations of iPad in existence, each with its own particular specifications and relative strengths. Definitely do some research before choosing which iPad is right for you.

The iPad mini was punted into existence way back in 2012. With a display size of 7.9 inches (as opposed to the standard 9.7), the mini was designed to be the smallest and most portable of the iPad line. Offering all the same benefits as the iPad proper, the mini was an amazing machine for those of us in the consumer base who value every inch of space we have. The tablet is manufactured both with and without the ability to connect to a cellular network, and is available in sub-models that offer either sixteen, thirty-two, sixty-four, or 128 gigabytes of internal flash memory. The mini has benefited from five generations of development by Apple, which has seen its processing power increase tremendously, as well as the addition of a number of other improvements, including the addition of a retina display, and a Touch ID fingerprint sensor.

iPad Air entered the world in 2013. As is the trademark with Apple Air products, it features a thinner body than the traditional iPad, while retaining the same specifications otherwise. Similarly to the mini, the Air comes with all the same bells and whistles as the iPad. You can make phone calls on it. It can take dictation. And you can use it to sync data with your other devices. Apple also provided iPhoto, iMovie, and Garageband gratis with the device. The device is designed from a single, solid block of aluminum, which makes it 100% recyclable. By using thinner components, the Air weighs on average twenty-two percent less than the iPad standard. It introduced a new front-facing camera capable of face detection and backside illumination, a method of capturing more light in the photograph.

The iPad Pro was first released in 2015. Larger than the iPad standard, it comes in three screen sizes, eleven inches, 12.9 inches, and 9.7 inches, with four options for internal storage capacity: sixty-four gigabytes, 256 gigabytes, 512 gigabytes, or one terabyte. Compared to the standard, the Pro features a faster CPU, a better camera, which incorporates True Tone Flash and Retina Flash technologies. Its True Tone display allows the screen’s LCD to adapt to ambient lighting, thereby changing the display's color and intensity in differently illuminated environments.